Here at Taylor Financial, we believe in being leaders in our community, giving back to causes that are special to us, and having a little fun together. 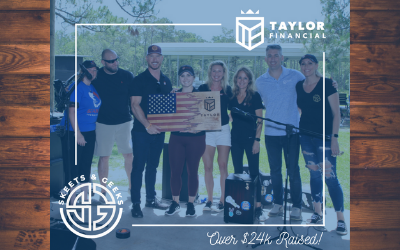 OVER $24k RAISED at the Taylor Financial 2nd Annual Skeets and Geeks Event! Talk about making an impact in the lives of our deployed Military and local Veterans! With the funds raised, The Stano Foundation will be able to purchase almost 12,000 items to pack into 250... 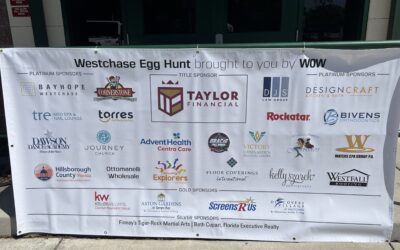 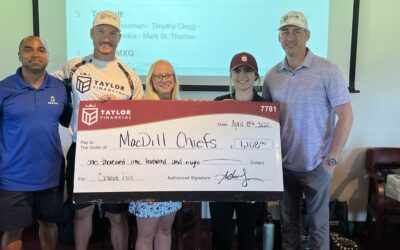 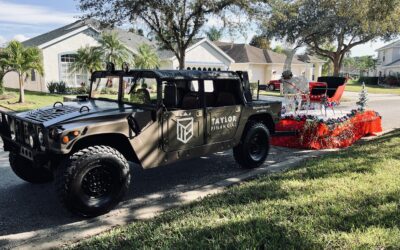 Getting ready for the parade 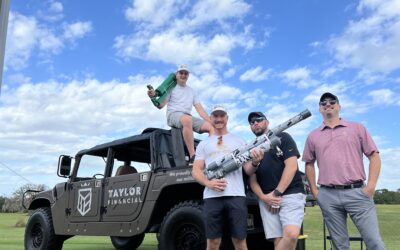 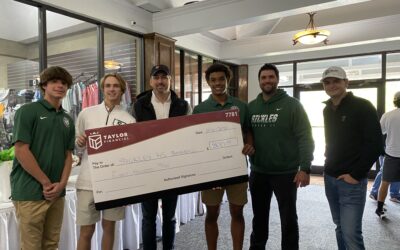 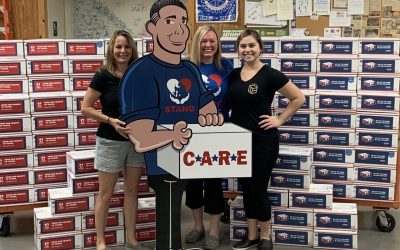 Friday, June 25, 2021 9am   The Taylor Financial team helps prepare special care packages. These care packages are sent out quarterly regardless of branch or where the military member is stationed/deployed. We took on the motto of “We put the care back in care... 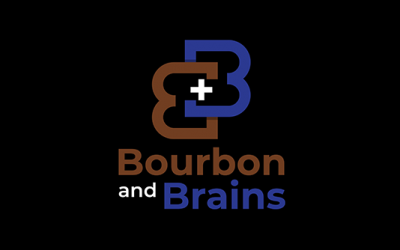 Wednesday, June 02, 2021 6pm Dark Door Distillery Did you know that all Bourbon is Whiskey, but not all Whiskey is Bourbon? We all love networking in Tampa Bay. We all love whiskey. Adam with Taylor Financial and Robin with Compendium have combined the two. Bourbon... 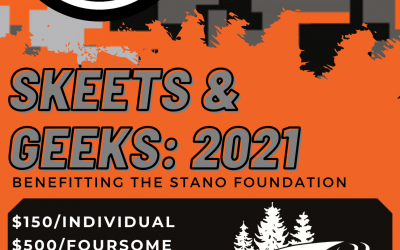 Saturday, May 01, 2021 8am Tampa Bay Sporting Clays Learn more and register at www.SkeetsAndGeeks.com 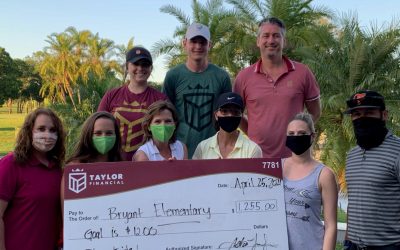 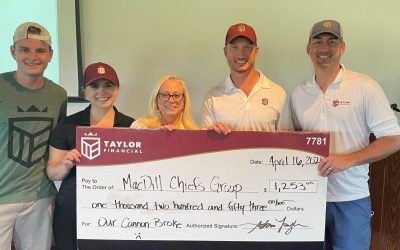 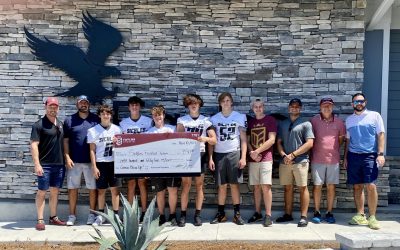 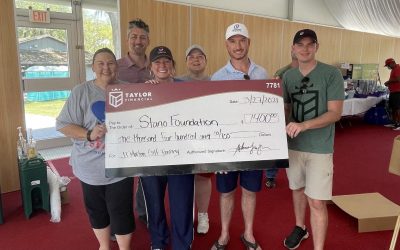 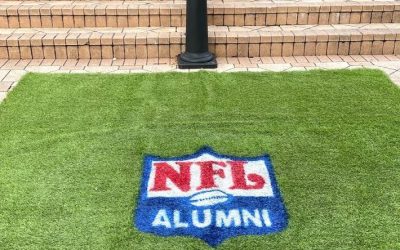 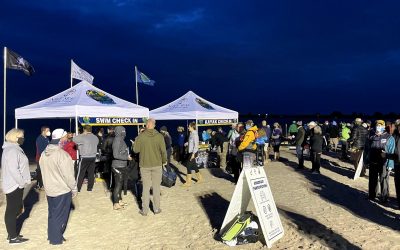 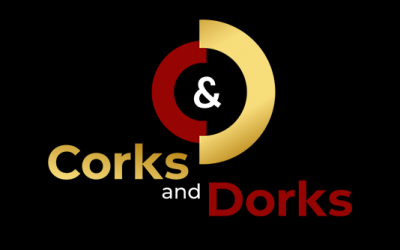 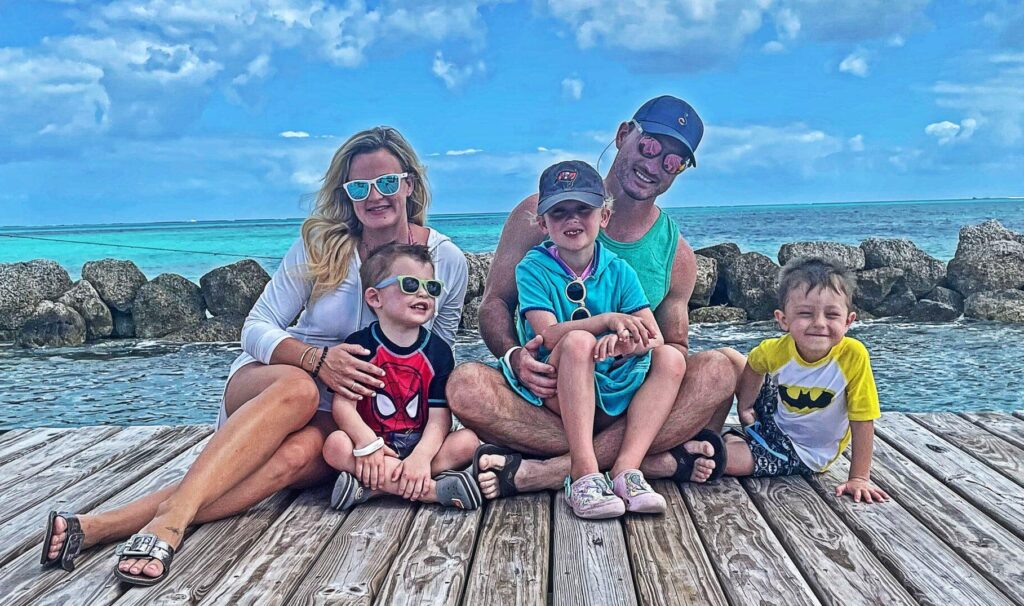 Adam is originally from Tallahassee and graduated from the College of Business at Florida State University with a bachelor’s in science in hospitality. Upon graduation, he moved to San Francisco to work with Houston’s restaurants and study wine. His success in the industry sent him to the New Orleans location and then to Atlanta after Hurricane Katrina. Adam then had the opportunity to join The Capital Grille in Orlando and go on to open locations in Jacksonville and Naples. He became a sommelier with the Court of Master Sommeliers and the at the age of 27, became the youngest managing partner in the company, and moved to Tampa.

After moving to Tampa, Adam wanted a new challenge and decided to open his own financial planning practice before the age of 30. In 2011, he aligned with Northwestern Mutual to ensure he had the proper training and advocacy for his clients. After learning from some of the best for 7 years, Adam and his team took the leap of faith and opened up the doors of Taylor Financial officially June 2018. He has continued to excel in making an impact in his community and has been recognized for having a thriving practice. He was voted top 40 advisors under 40 by NAIFA in 2014, and won numerous industry awards. He qualified for Northwestern Mutual FORUM in 2018 (Qualifiers represent the top segment of our industry-leading field force and is the highest level of productivity and excellence). In addition, he has been a member of the Million Dollar Round Table since 2012 and now focuses on teaching others.

In 2021, Adam was nominated as a 40 under 40 recipient with the Greater Tampa Bay chamber. In the same year, Taylor Financial was awarded for the 4th year in a row the Seminole 100 award and finished #16. The award recognizes the 100 fastest-growing businesses in the nation owned by Florida State Alumni.

He holds his Series 7, 6, 63, and 26 licenses as well as the ChFC®, CLU®, RICP®, CASL®, CLTC designations from the American College and is constantly improving as a leader and business owner. He is active in the community and has had involvement serving as a board member of the Tampa Bay NFL Almuni, Westchase Charitable Foundation, Founder of Trusted Advisors Tampa, Founder of GovCon Trusted Advisors, board member of the Westchase Krewe, Founder of Bourbon and Brains, Founder of Corks and Dorks, and Corporate Sponsor chair for Tampa’s Armed Forces Electronics and Communication Association (AFCEA).

Adam’s biggest passion is his family. He has been married to his wife, Andi, since 2009 and they have 3 kids together. His daughter Abbi, twin boys Alexander & Anderson and their black lab “Atticus”. In his free time, he enjoys watching Florida State football, cycling, and spending time with his family. 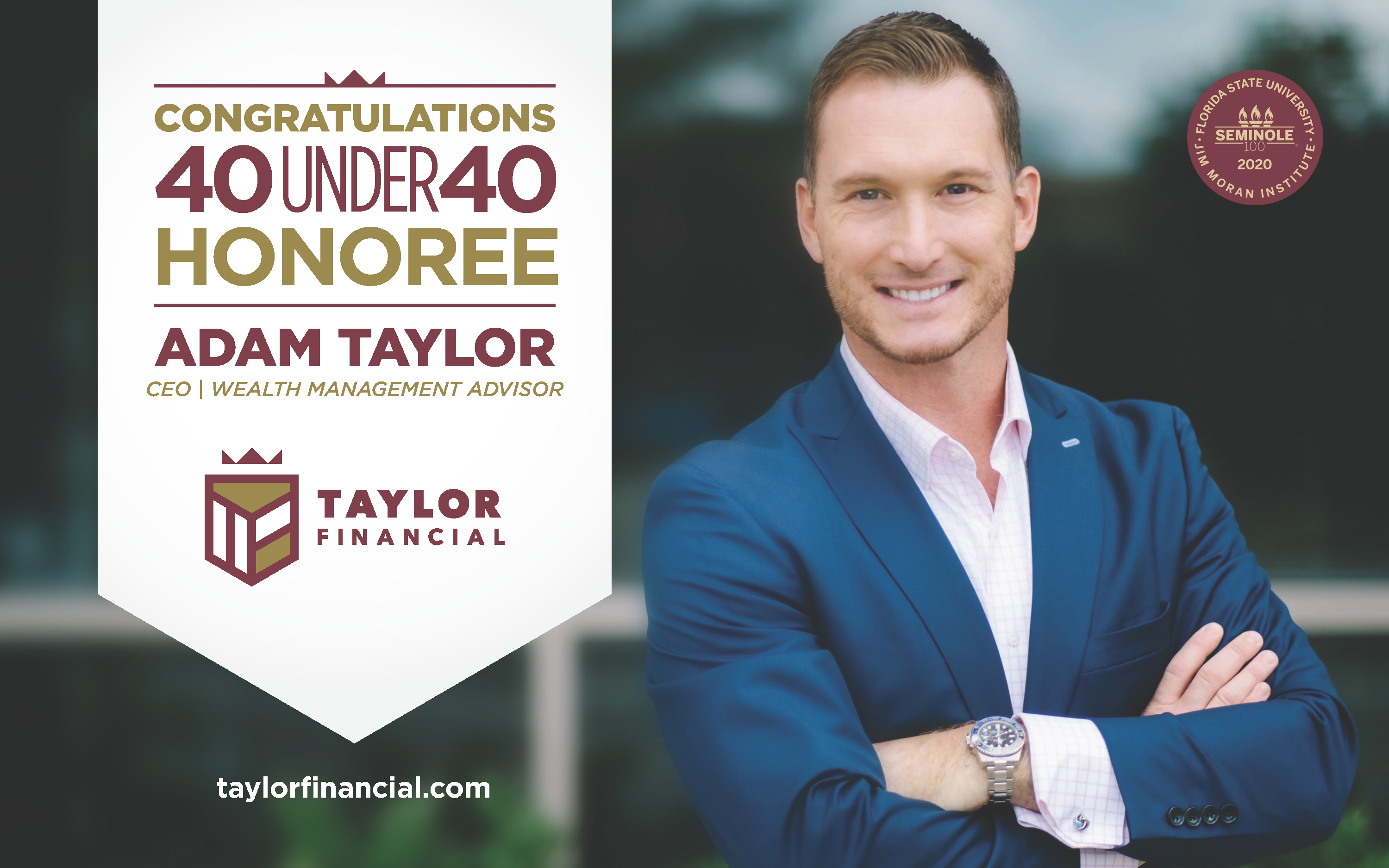 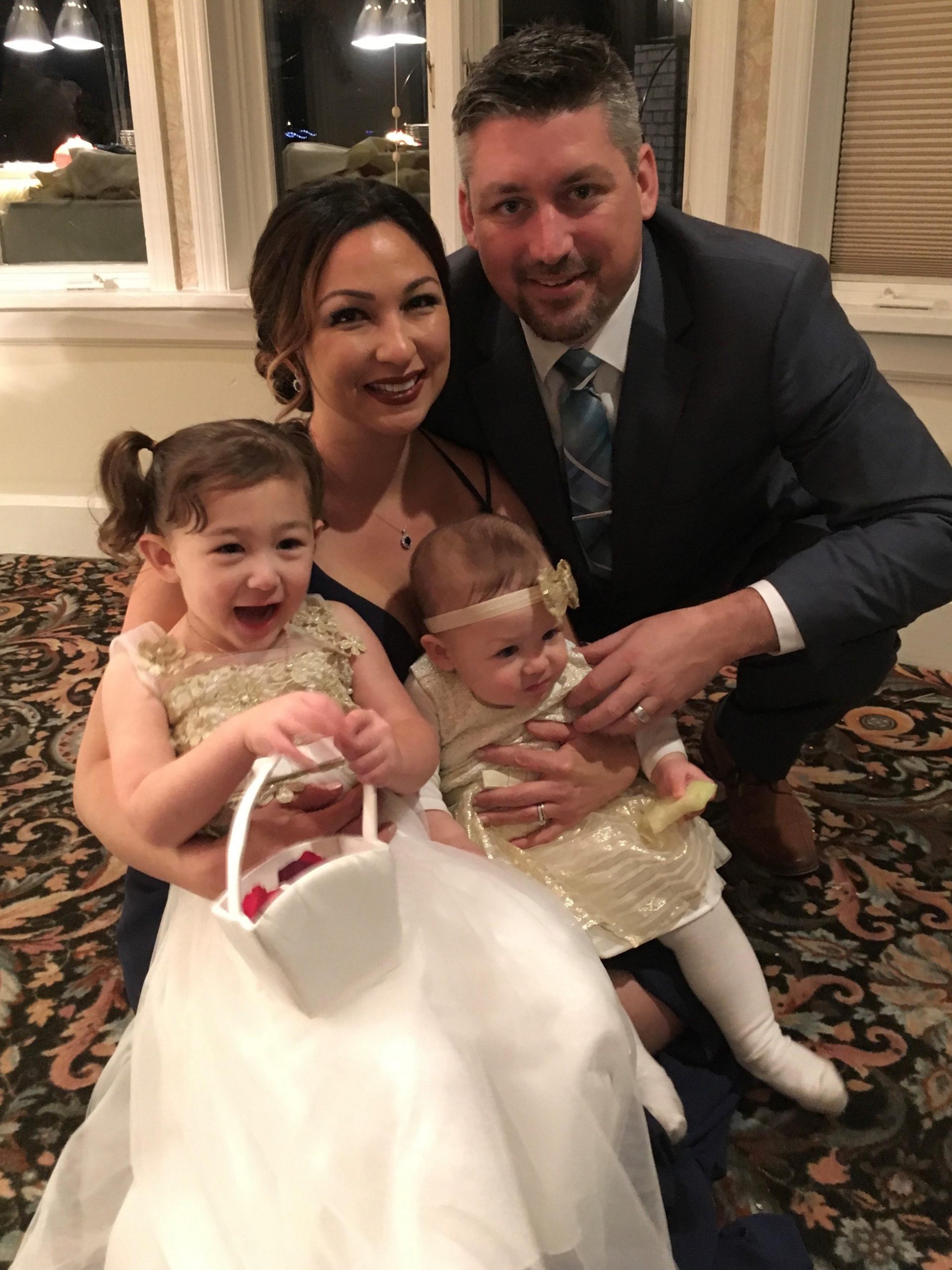 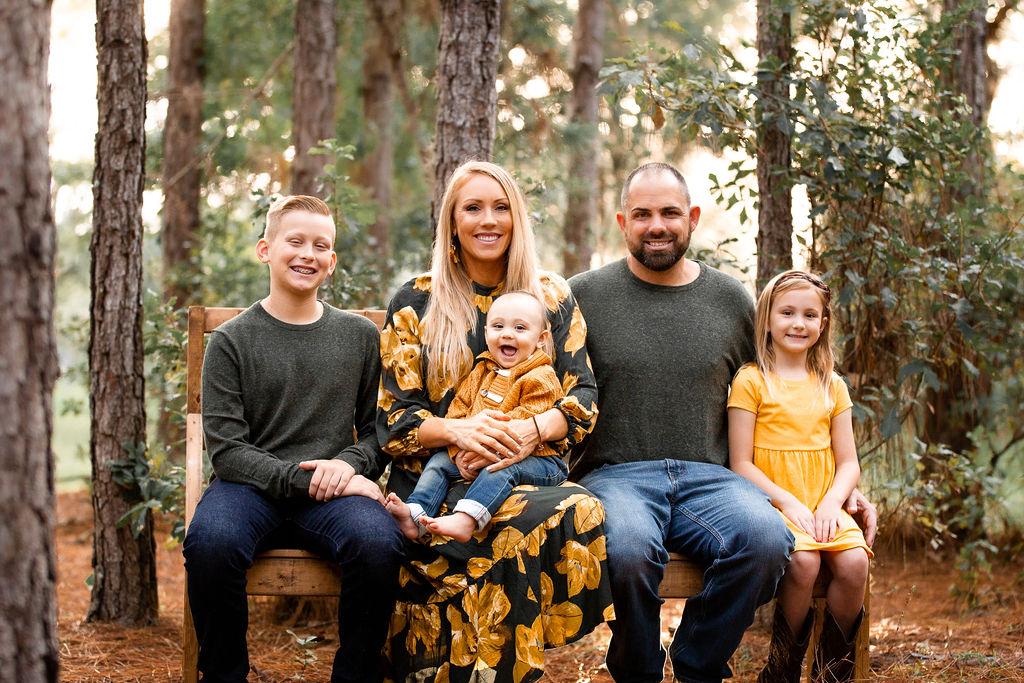 Erica began building her business as a financial advisor in 2009. Her and Adam have been working together for the last decade and decided to join forces in 2021. Her mission is to create life-long relationships with her clients while helping them achieve their financial goals. With her knowledge, loyalty, and integrity, it is clear that her clients best interest is her main focus. Erica is passionate about listening to her clients goals and dreams and then creating a roadmap for them to accomplish their plan while redefining their relationship with their finances. She is also passionate about creating remarkable experiences for anyone she encounters.

Erica lives in Plant City, FL and is married to Patrick. They have 3 children, Jake (12), Ivy (6), and Corban (1). She is a worship leader at her church and does tactical gun training and shooting with The Two Seven Gun School as one of her hobbies. She enjoys traveling places to try new foods, and spends free time mastering recipes in the kitchen, running, and spending as much time with her family as possible.

She holds an AA degree from Hillsborough Community College, and a BA in English with a specialization in Creative Writing from the University of South Florida. She has her 2-15 License, Series 6 & 63 License. She also has a Master’s Certificate in Business Administration from Tulane University. 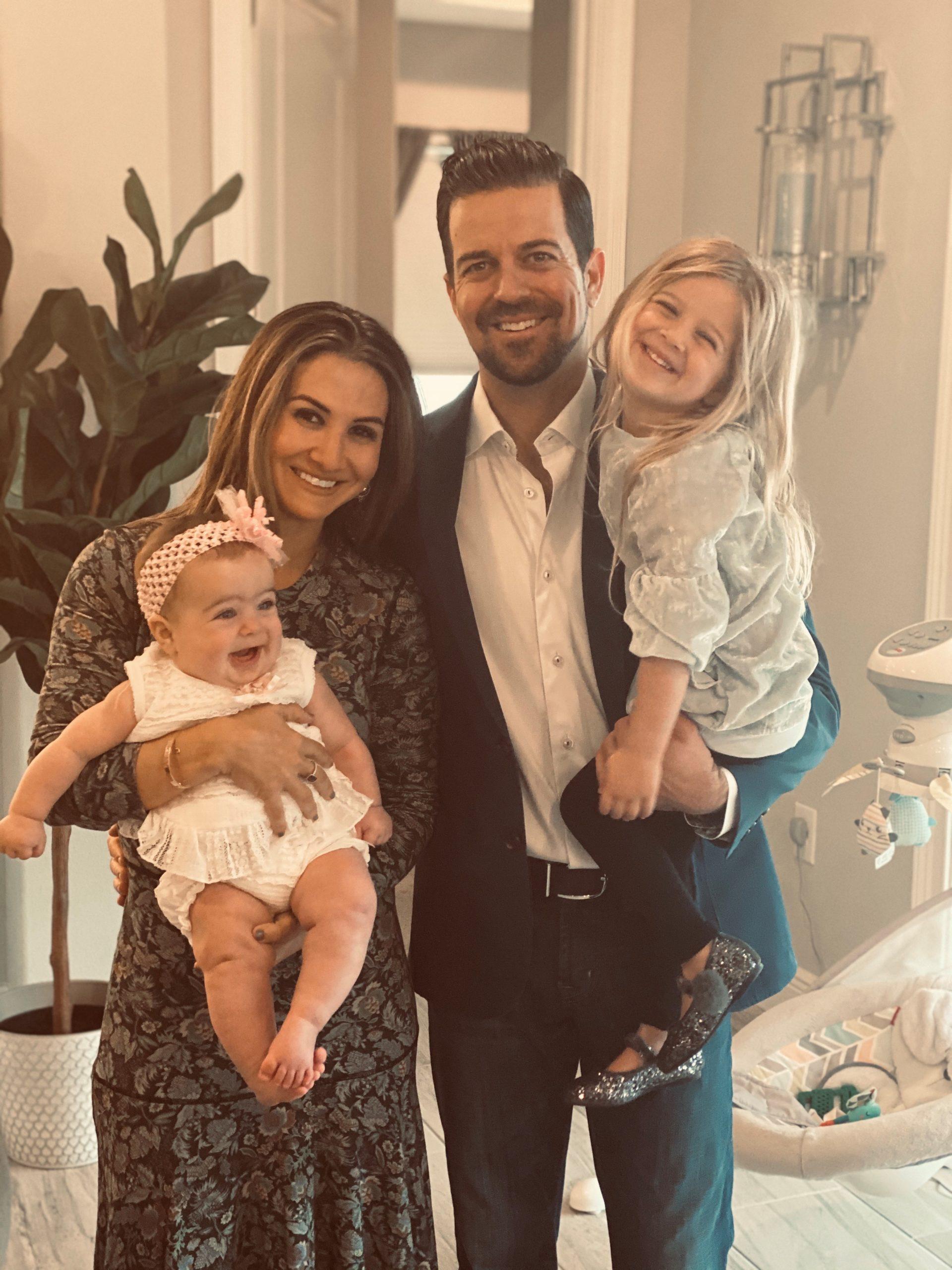 Erik began his career in Management Consulting by helping Fortune 500 companies solve large and complex financial and operational issues to improve their top line or save to their bottom line. In 2015, Erik took that skill set into private practice, and has since helped hundreds of individuals do the very same thing. Beginning with the purpose in mind, Erik helps his clients increase clarity with their financial plans and reach their goals both by planning for immediate results as well as implementing more advanced, long term strategies for complex areas like retirement planning and estate planning.

Erik currently serves as Managing Director for Taylor Financial and works for his clients as a fiduciary, Certified Financial Planner™ professional. He holds his Series 7, 6, 66, as well as his 215 license and his CFP® designation.  Thorough and innovative, Erik produces measurable results through a unique and client centric retirement income planning process, with the goal in mind to increase annual retirement income and increase control over your financial plan. Erik’s communication skills, grasp of economic strategy, use of the latest technology, and desire to serve has brought him a diverse and successful clientele across the country.  Erik has also served as the Regional VP for The College Funding Coach™, a company that shows parents leading edge ways to save and pay for college by understanding how the financial aid formula works, knowing the scholarship landscape and implementing the most effective savings strategies.

Erik also gives back by serving as a board member for many 501c3 organizations throughout the country including A Kid’s Place, the Round of a Lifetime Foundation, the Florida Holocaust Museum, and Berkeley Preparatory School. Erik is thankful for the opportunity to bring his specific skill set and financial acumen to organizations that make society a better place.

In his free time, Erik enjoys spending time outdoors with his wife Melanie, his daughters Shayla and Devy, his extended family and his friends.

Whether you are creating your first plan, trying to improve and refine what you already have, or need to tackle larger questions that have not been answered for you yet, speak with Erik to make these items a reality. He will bring you the tools that you need and serve as your biggest advocate in the financial planning space.